Since its creation in 2016, Groupe MVP has succeeded in establishing itself as the number one agency in the field of sports marketing in Quebec. By offering the widest range of professional and Olympic athlete representation and sports celebrities, Simon Arsenault and his team have innovated by advising companies in optimizing partnerships with sports legends. During these five years, the MVP Group has achieved an unparalleled force by having carried out a hundred advertising and event projects through more than 60 celebrities.

In fact, this week, Simon Arsenault is pleased to have made possible the participation of Guy Lafleur in the lung cancer awareness campaign, “Be the Star Player,” of Merck Canada. Among the highlights of the last five years, the MVP Group is proud to be at the base of the reconciliation between Patrick Roy and Mario Tremblay for Uber Eats as well as the advertising of Marc Bergevin and BBQ Weber. Other notable projects include those of Guy Carbonneau with McDonald’s, Expos legends with Budweiser as well as Georges St-Pierre with Vincent D’Amérique and Challenge U.

“I knew Simon when he organized my farewell tour with the Alumni in 2010. I have never hesitated to trust him and I am happy to collaborate with him because he has a respectful approach and is passionate about everything he does, ”says legendary number 10 for the Montreal Canadiens, – Guy Lafleur. 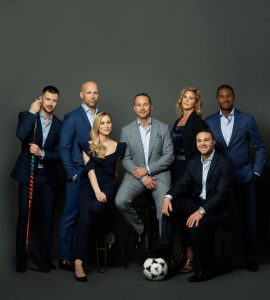 Guy Lafleur, Patrick Roy, Guy Carbonneau, Yvan Cournoyer, Marc Bergevin, Georges St-Pierre, Lucian Bute, Marie-Ève ​​Dicaire, Kim Clavel, Bianca Andreescu, Brendan Gallagher, Nick Suziki, Bruny Surin, Joannie Rochette, Alex Bilodeau, Tim Raines, Sébastien Toutant, Samuel Piette, Patrice Bernier, Michel Lacroix and Chantal Machabée have all marked the imagination of Quebecers during their careers and are among the icons of sport who have placed their trust in the MVP Group.
Simon Arsenault, an entrepreneur who dares to think outside the box, has made it his mission to develop beneficial partnerships between athletes and businesses; create unique events and experiences; promote the positive values ​​of sport; encourage education and the practice of sports.

“Since the founding of the MVP Group, I have been behind Simon because I admired his audacity to leave a management position at evenko to start a new business. His perseverance and professionalism pay him dividends today because his agency has become a major player in the marketing market. Quebec sportsman and I have always liked to encourage our talents here, “said Georges St-Pierre, one of the greatest fighters of all time in mixed martial arts.– 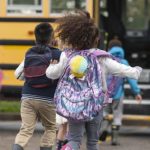